The R390A is a general coverage radio receiver designed by the Collins Radio Company for the US military. The R-390A is capable of receiving AM, CW and FSK signals.  Its tuning range is from 500 kHz to 32MHz , in 32 one-megahertz bands. The receiver weighs 85 pounds and fits neatly into a standard 19 inch equipment rack.

The R-390A was deployed to most branches of the US military and remained in general use through the 1980s. As the military procured newer receivers, many R-390As were released to surplus while others were destroyed. Some receivers were retained by the services, however, when they found that the R-390A’s vacuum tube circuitry could easily survive an EMP event.

Many of the R-390As that exist today are in the hands of amateur radio collectors and amateur operators who contend that few modern transistorized communications receivers can equal its performance. The R-390A is widely considered an example of the best of vacuum tube technology.

The classic SP-600 is A government/military grade LF/MF/HF/ receiver built to contract specifications by Hammarlund, which is now out of business. Many thousands of these were made and used worldwide. Most were made in the period 1951-55, but some were sold right up until the 1970s.

Properly working SP-600s are a joy to use, and with 20 tubes they keep your room nice and warm. Well restored, they will outlast anyone currently alive on this planet. This is a big radio, both in size and weight, and it’s built like a battleship. It could probably derail a train, though that would be a terrible waste of a good radio. The set weighs around 65 pounds.

SP-600s are easy enough to come by, usually at surplus prices, though some are in better shape than others. Most have seen years of service and been knocked around a bit. A fairly decent surplus SP-600 won’t set you back much, but they are NOT cheap to ship. Also, keep in mind that these things are 50 years old. This adds to their appeal, but it also means they will invariably need some work.

The SP-600 was designed to fit a standard 19″ rack. There’s a lot of attention to shielding, proper gain staging, and mechanical quality, making it a superb performer on AM, MCW, CW, and RTTY. Quite a few modifications of this receiver exist, both in the field and by order from the manufacturer. 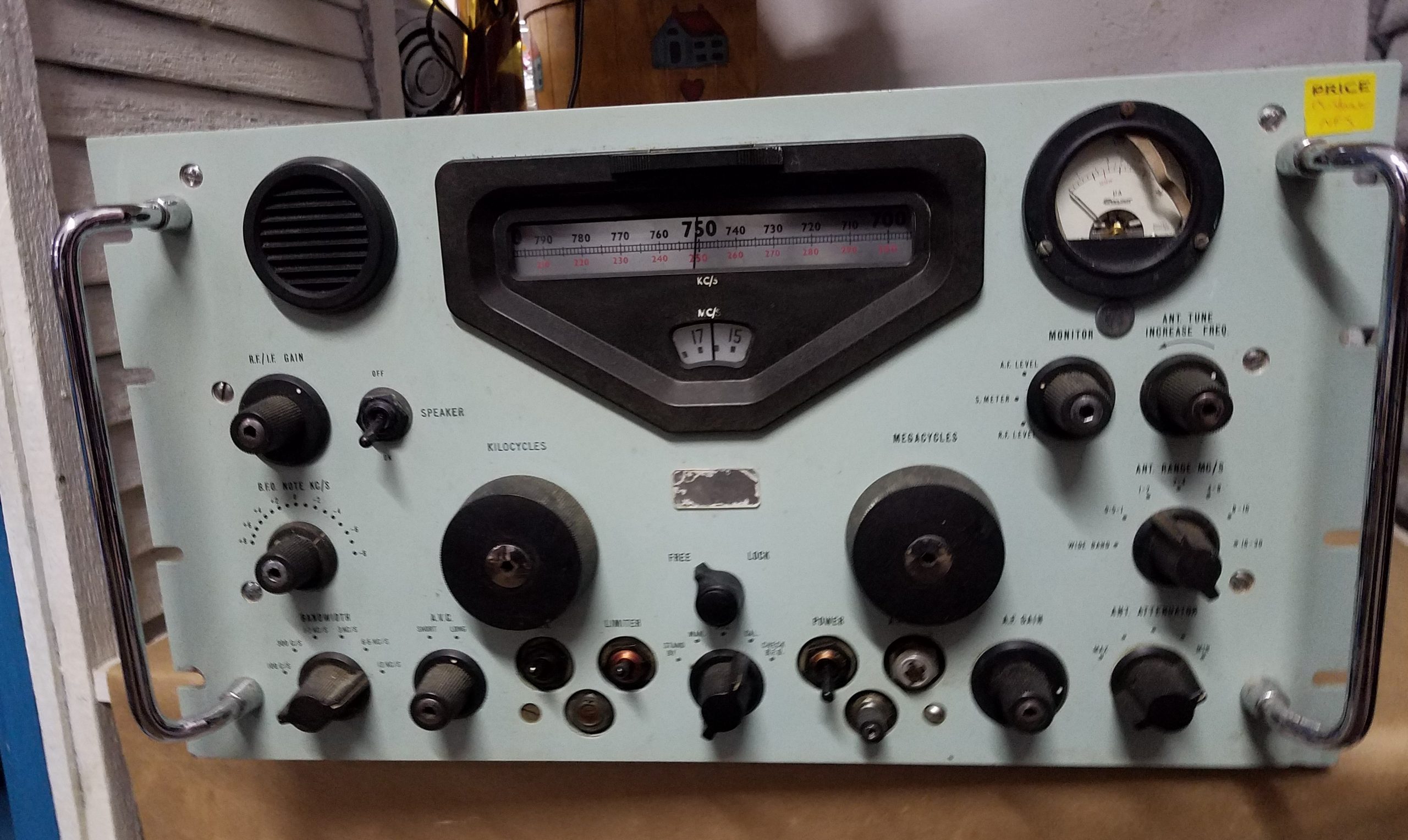 At the end of WWII Britain saw the need for a high quality locally produced HF communication receiver. Racal won the government contract in the early 50’s and designed and manufactured the RA-17, based partly on the Collins 51J-x look and size.

The RA-17 was originally designed for British Navy. The design was so successful, that they were ultimately used by all the services and were to become the main receiver of the British radio surveillance organization known as G.C.H.Q. The sets success was due partly to the famous Wadley-Loop, a clever new circuit at the time, which very effectively minimized frequency drift.